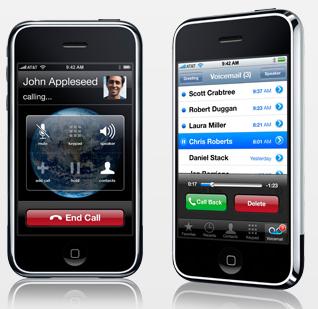 A lot of people have July 11th marked on their calendars with a giant red circle. It’s quite feasible that a lot of these people have booked the day off so that they can join the line outside certain stores across the nation. They may not plan to sleep the night before, just so that they can camp out and anxiously await the second coming of the Jesus phone. Yes, it is on July 11th that the iPhone 3G will be released to the world, much to the immense joy of Apple fanboys all around the world.

But I’m not one of those people.

Truth be told, while I was intrigued by the official announcement of the original iPhone by Steve Jobs last year, I wasn’t all that motivated to want and actually buy the phone. Yes, the iPhone was not technically available in Canada at that time, but it wasn’t hard to get one and unlock it.

Some of my friends have iPhones. The user interface, I’ll admit, is pretty nifty and I like the inclusion of the accelerometer. The touchscreen seems to be more responsive than some of the competitors on the market, largely because the multi-touch iPhone display was designed from the get-go for a human finger and not a stylus. Even so, it wasn’t enough to motivate me.

With the pending arrival of the iPhone 3G (and the first time that an Apple cell phone will officially be sold in Canada), you would think that a gadget geek like me would be thrilled. I’m a little interested, but not enough for me to actually want to buy the thing. It’s not a must-have for me. Let me explain why.

This is easily the biggest hurdle standing between me and buying the iPhone 3G. Unlike the previous model where you could just waltz into an Apple Store and walk out with an unactivated iPhone, this isn’t exactly the case with the new version. You may be able to walk out, but you need to sign an agreement promising that you will activate the phone within 30 days. When you do activate, Rogers Wireless (or AT&T) will force you into a contract.

With AT&T, you’re thrown into a two-year service agreement. Based on how Rogers Wireless operates, I wouldn’t be at all surprised if they forced iPhone buyers into a three-year contract. I don’t know about you, but I don’t want to have the same phone for three years, even if it’s the second coming of the Jesus Phone.

The alternative would be trying to import an unlocked iPhone 3G from countries that are doing that. From what I hear, there may be a couple of speedbumps involved, but even then, I’d be looking to spend like $700. Sorry, I don’t spend that much on a phone, especially when I know that I’ll grow tired of it in a year or two.

Seeing how the iPhone (and the iPhone 3G) has Wi-Fi and I live in a city bathed in all sorts of free hotspots, I’m not terribly motivated to get an expensive data plan. Wireless data is really pricey in Canada and even if the rumors come true, that still makes for a monthly bill more than I’d want to spend. Data is nice, but I’m not going to spend an extra $30 a month when I work from home and don’t drive around all that much.

I’m not a fan of virtual keyboards. I’ve tried typing on the iPhone and with the LG Voyager, for example, and the on-screen keyboards just aren’t as good as their physical counterparts. If Apple made an HTC-style sliding QWERTY keyboard, they’d probably have an easier time persuading me to jump on the bandwagon.

Having used a Windows Mobile phone for some time now, I don’t know how I could live without a usable Today screen. From this launching point, I can see everything I need at a glance. It tells me how many tasks I have to do, informs me of upcoming appointments, and lets me know if I have any unread messages. Symbian smartphones do much the same.

Instead of just the simple “slide to unlock” screen, Apple should do something similar with the iPhone. It’s unfortunate that you need to turn to homebrew applications for this functionality. 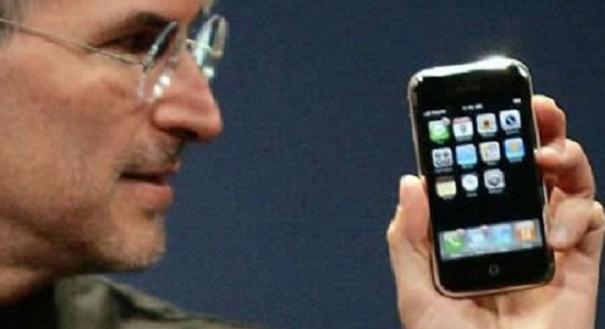 5. Low-Resolution Camera with No Flash

Given that the iPhone is largely catering to the consumer market, you would think that Apple would pay a little more attention to the camera. The picture quality out of the two-megapixel shooter is decent, but a little bump in resolution and the addition of a Xenon flash can go a long way. Wouldn’t it be nice if you could take photos with your iPhone 3G under low light conditions?

6. Still No Video for Camera

Further to the previous point, I find it terribly strange that there is no native video recording capability in the iPhone and the iPhone 3G. Even the most basic of camera phones these days is able to do some rudimentary 3GP video recording. I’m not asking for much, I don’t think.

Steve Jobs tells us that the iPhone is supposed to combine the functionality of the iPod with a cell phone. If you want to be the cream of the crop when it comes to music phones, you’ve got to throw in support for stereo Bluetooth. Many smartphones can do it. The Sony Walkman series, by and large, can do it. If you’re going to have an iPod cell phone, you want stereo Bluetooth. I know I would.

It’s good that they’re bumping the storage capacity to 8GB and 16GB for the iPhone 3G, but that’s still a far cry from the massive HDD-powered capacity of the iPod classic, for example. I don’t necessarily need 80GB of on-board memory, but it would be nice to have somewhere to stash an extra photo, song, or movie when the internal flash memory caps out on me.

The Apple iPhone 3G is a great-looking device with a pretty good feature set. The aGPS with geotagging for photos seems pretty neat and the ability to pair the iPhone with a MobileMe account is nice too. Even so, they’re not enough to wow me and they’re not enough to make me sign an expensive three-year contract.