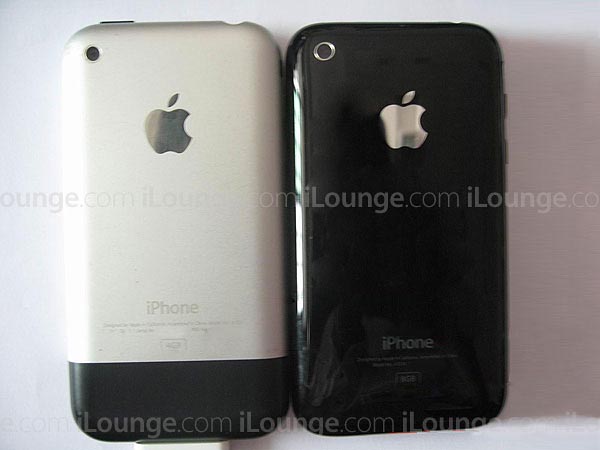 We’ve seen far too many pictures of the current Apple iPhone. We’ve seen it from every which angle, doing just about everything that it can possibly do. We’ve also seen a good number of photos of the upcoming iPhone 3G. Only now, however, have we finally been able to see the current iPhone and the iPhone 3G next to one another for a true side-by-side comparison.

I realize that this picture is only of the backside, but that’s also the side with the most telling changes. By and large, the front side of the new iPhone 3G is the same as the old one, but you’ll notice a couple of minor changes on the back. For starters, the two-tone aluminum back of old has been replaced by glossy plastic. Secondly, the bezel around the camera is much more obvious in the new model.

Realistically, the two iPhones are pretty much the same. Yes, the new one is a hair thicker and it’s got a plastic behind, but that’s about it when it comes to aesthetics. We’re more interested in the 3G and GPS anyhow.