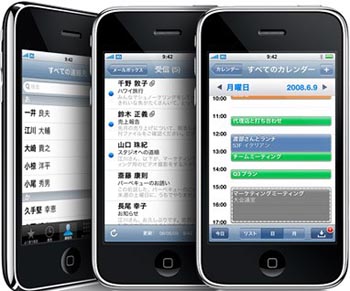 Some people are saying that the Japanese mobile phone market is not going to be all that receptive to the iPhone 3G, because it has already been bombarded with countless phones that offer a similar level of functionality. That may be true, but it turns out that getting an unlimited data plan on a iPhone 3G from Softbank is actually cheaper than browsing on any of their other phones.

Softbank has indicated that the 8GB and 16GB iPhone 3G will be sold for $213 and $325, respectively, placing the Japanese pricing right in line with the rest of the world. Customers will need to latch onto a two-year contract, as is the norm in Japan. Where the iPhone 3G starts to stand out a little is when it comes to data plans.

Unlimited data on a Softbank iPhone 3G will be $56, which is tacked onto a voice plan (which starts at just $9 a month). A similar level of unlimited web browsing on another Softbank smartphone is as much as $90. Softbank feels that they are able to amortize the costs.