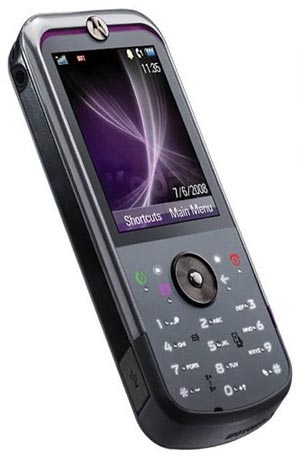 We snuck a peek at the Motorola ZN5 nearly two months ago, so it’s good to see that this handset is finally ready for the primetime. Motorola and Kodak stepped up to the plate earlier today to officially unveil the MOTOZINE ZN5 camera phone.

As you may already know, this phone is a joint venture of sorts between the two companies. Motorola brought the cell phone stuff to the table, whereas Kodak provided the five megapixel camera that sprouts out of the back. This picture-taker comes with autofocus, Xenon flash, and image editing. Other features include Wi-Fi, a ModeShift keypad, and EDGE (no 3G).

Look for the Motorola MOTOZINE ZN5 to launch in China next month. The worldwide release should follow shortly afterwards, but there is still no word on price.