The market for small camcorders is really starting to explode. Even though most digital camcorders are perfectly capable of shooting video, it seems that many people prefer the convenience (and file compression) of these ultra-affordable handheld camcorders. I had the chance to play with both the original Flip Video and the significantly smaller Flip Mino the other day and I have to say that while the Mino offers some improvements, it also loses in a few areas.

Starting the positives, I like how the USB connector pops out of the top inside of swiveling out of the side, and it’s great to see that they’ve managed to keep the display the same size despite shrinking the package by a good 40% or so. The old Flip Video was a little too bulky for my tastes. Apple fans will also like the inclusion of a more Mac-friendly video codec.

On the negative side of things, Pure Digital decided to replace the physical controls with touch-sensitive controls instead. The play/pause and delete “buttons” are indented. This is largely a matter of personal preference, but I like physical hard controls better. The lens is also a little smaller, so video quality — particularly under low light conditions — is worse. The Samsung-esque glossy finish is also a fingerprint magnet.

In the end, I think I still prefer the Mino over the original Flip, simply because of the smaller form factor and lighter internal battery. Your mileage may vary. 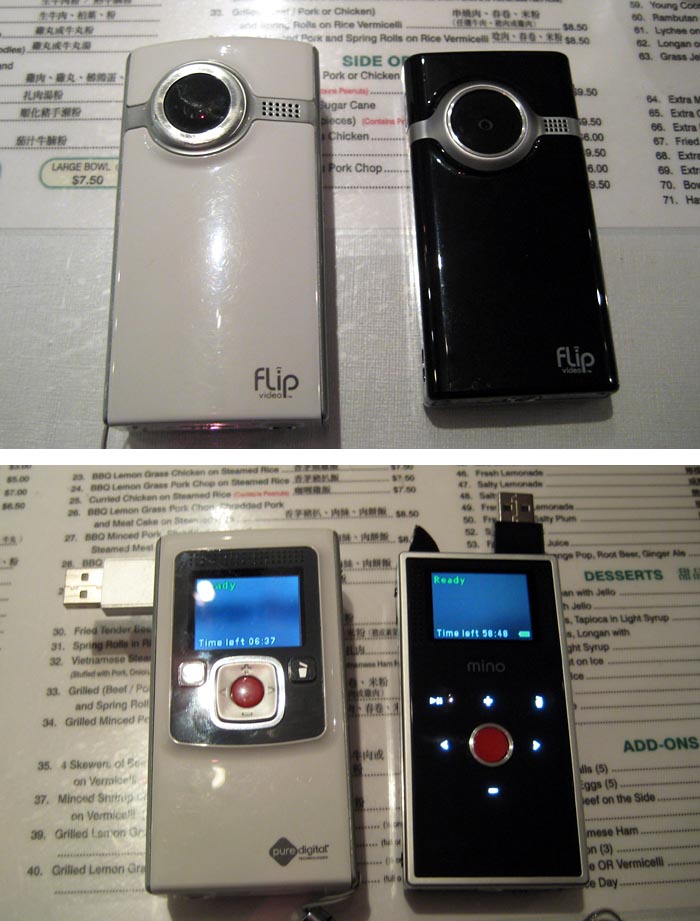