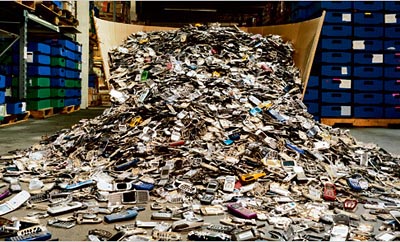 Like most other gadget geeks, I love getting new toys. It could be something as simple as a new flash drive or something as expensive as a new laptop. Falling somewhere in between these two price extremes is the all-important cell phone. The industry advances very quickly, so what was hot last month becomes old news the next.

In a terribly unscientific poll, Gizmodo asked its readers how often they replace their cell phones and why do they replace their cell phones. The results are right in line with what you’d expect. The vast majority of Gizmodo readers decide that it’s time to buy a new phone when they’re itching for an upgrade. At the time of this post, early adopters made up 23% of the vote and middle-to-late adopters made up 45% of the vote. That adds up to about two-thirds of those polled.

Regarding update frequency, 45% of readers nab a new handset every two years, whereas 23% get one every year. The former makes sense, given that two years is the length of a standard service agreement in the States. If more Canadians were involved, the numbers may skew closer to three years, which currently makes up 10% of the vote.