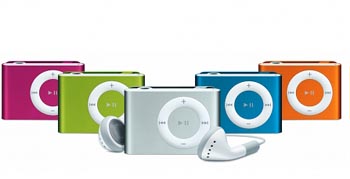 With the pending launch of the $199 Apple iPhone 3G just around the corner, many people are pondering why they would even bother with the more expensive (though sans contract) iPod touch. After all, why would you spend an extra $200 on what is effectively an iPhone without the phone part of the equation. iPod touch owners also get shafted when it comes time for software upgrades.

Some folks are saying that the way Apple can combat this cannabilism is either through a storage increase or a price drop on the iPod touch. Either of these could start to infringe on iPod classic territory, which would then infringe on iPod nano territory. The more I think about it, it’s probably about time that Apple shifted its iPod lineup and eliminated the smallest member altogether.

The iPod shuffle is inexpensive and cliptastic, but with such a small amount of memory and a lack of a display, I know far too many people who are more inclined to buy an iPod nano. Especially with the third generation nano, the size difference is nowhere near as much as it used to be. I, for one, am not motivated at all to buy the shuffle, but I enjoy my nano very much. It’s just the right size for the gym and it’s got a display.