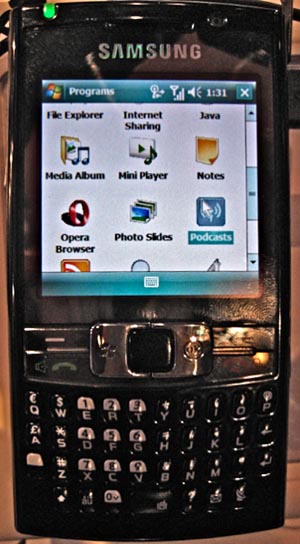 It started with the first Samsung BlackJack. It continued with a mildly updated Samsung BlackJack II. It is only a matter of time before we get the spiritual successor known as the Samsung i788. By and large, you could probably say that this QWERTY-packing smartphone is the BlackJack III.

Rumor is floating around that AT&T will be launching the BlackJack III Samsung i788 some time in the very near future. It will be powered by Windows Mobile 6.1 Professional and will get loaded with HSDPA, GPS, WiFi, and optical mouse pointer. Perhaps the most notable change, however, is that the BJ3 may actually be equipped with a touchscreen. I wonder if that was just a slip of the tongue on the part of the Boy Genius.

In any case, we’ll have to sit tight until AT&T and Samsung make some sort of official announcement. When that happens, I suspect that Fido and/or Rogers in Canada will snatch up this device as well.