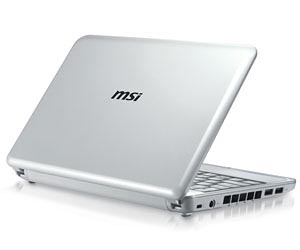 Adding insult to injury to all the people who are anxiously awaiting the arrival of another subnotebook, MSI has decided to not only delay the launch of the Wind, but to also load it up with a downgraded battery. According to the product reps at Computex, the MSI Wind should have already been appearing at a Starbucks near you. Where, then, is it?

The official release date of the MSI Wind has been pushed back to June 27th, so you’ll still have to wait about a week and a half before you can get in on the tiny laptop wonder. Even then, the version that will be hitting retail outlets will not quite be the one that you got to gawk at in Taipei. As it turns out, MSI ran out of six-cell batteries, so they’re getting downgraded to three-cell units.

The good news is that this will bring the price down to just $479. The bad news is that battery life has been reduced from six hours to three hours. And that’s on a good day.