The Pepper Pad didn’t quite garner the same level of attention as the Asus Eee PC, but the latest sweep of upgrades for the lap-based web surfer could easily turn a few heads. Nothing has been confirmed by Hanbit, the firm that makes the Pepper Pad line of devices, but recent screenshots and images can be very telling.

First off, we’re told that an updated version of the Pepper Pad 3 will be powered by the new Intel Atom processor that is finding itself in all sorts of sub-notebooks and other portable devices. According to Aving, the new portable will also have a 7-inch WVGA touchscreen and a Linux OS.

However, some images are showing the Pepper Pad with a much higher resolution display than 800×480 and what’s more, it looks like the Pepper Pad 3 is actually running Windows Vista and not a Linux-based OS. This could be enough to usurp the Eee PC 901. Maybe. 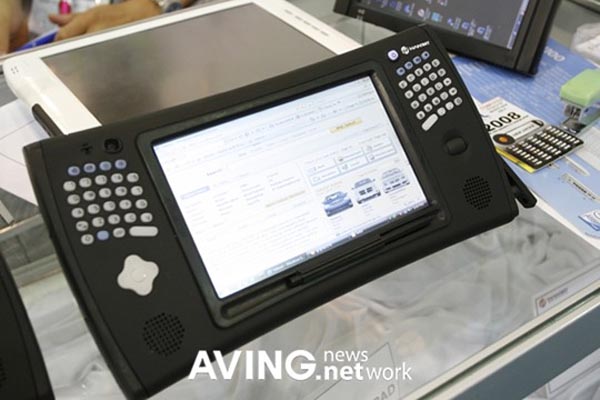