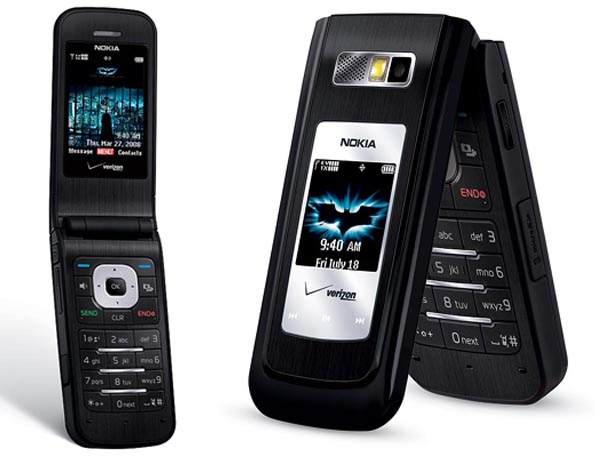 The regular Nokia 6205 clamshell isn’t exactly exciting, but when you throw in all sorts of Batman-themed goodness, the phone suddenly becomes a lot more attractive. This appears to be the strategy being deployed by Verizon Wireless with The Dark Knight Edition Nokia 6205.

Instead of a boring old silver finish, The Dark Knight Edition handset gets wrapped in a sea of midnight black, capped with a Dark Knight emblem on the back side. The outer aesthetics have been adjusted, but there are also Batman goodies on the inside too. You get wallpapers, ringtones, and screensavers “inspired by The Dark Knight.”

Would Heath Ledger be proud? Seeing how the specs include a 1.3 megapixel camera, touch sensitive music controls, V CAST upport, high-speed EVDO, and VZ Navigator, he just may be. The Dark Knight Edition Nokia 6205 will be available this Sunday through Verizon for $69.99.