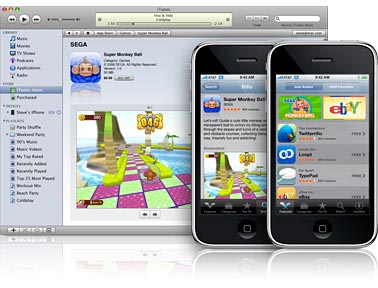 In order to keep developers in check, Apple will be placing a few restrictions on what can and cannot be sold through the upcoming iPhone App Store. As you know, the App Store could bring about all sorts of fun games and cool productivity tools for iPhone users, but what’s stopping developers from charging inordinate amounts of money for their creations? Apple. That’s who… well, sort of.

It turns out that Apple will be placing a restriction both on the high-end and low-end of the pricing spectrum. At most, developers can charge up to $999 for a single application. At the low end, developers must charge a minimum of $0.99 for a single app, assuming that they are not giving it away for free. Giving away apps for free is fair game, but if you’re going to charge, you’re going to have to charge a minimum of 99 cents.

Cupertino is also placing restrictions on the size of these applications, restricting them to no larger than two gigabytes. This makes sense, given that the iPhone currently tops out at 16GB.