Given that the second-generation Apple iPhone has 3G connectivity, it would only make sense for the phone to do video conferencing. Analyzing the footage from the WWDC 2008 keynote speech, it appears that the iPhone 3G may indeed have a front-facing camera specifically for this purpose.

Naysayers may say that what appears to be a camera could be nothing more than a finger smudge on Phil Schiller’s demo unit, but that smudge does look an awful lot like a front-facing video camera. Steve Jobs did not make any specific mention of this feature, yes, but that does not eliminate the possibility.

For a closer look at what might or might not be a secondary camera on the Apple iPhone 3G, check out the embedded video footage on Gizmodo’s post. 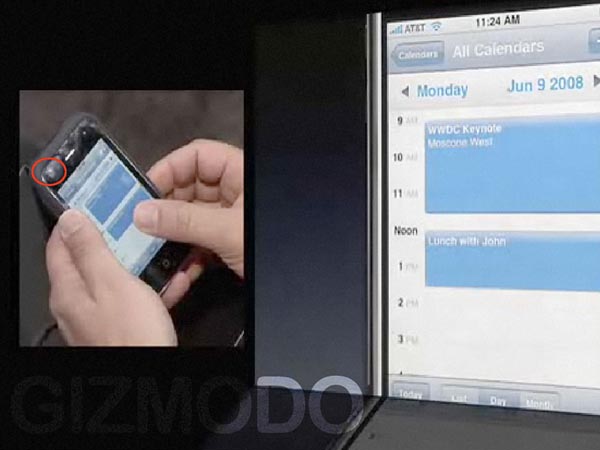