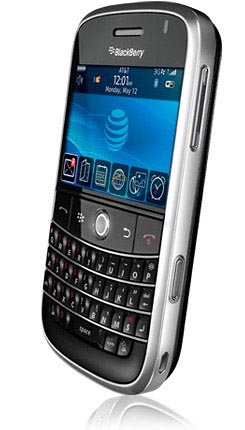 AT&T subscribers may be anxiously awaiting the arrival of the iPhone 3G, but business users may be more inclined to look at an upcoming offering from the folks at Research in Motion instead. Also destined for release with AT&T is the BlackBerry Bold, a QWERTY-packing smartphone that you may have known previously as the BlackBerry 9000.

An official webpage has been launched to prime AT&T subscribers for the upcoming arrival of the BlackBerry Bold 9000. Along with push email and all that enterprise-level support, the BlackBerry Bold also comes equipped with HSDPA, Wi-Fi, GPS, HVGA display, memory card expansion, 1GB internal memory, and Bluetooth 2.0.

With specs like those, the Bold is arguably a more powerful device than the iPhone 3G. Whether they are actually competing against one another is simply a matter of opinion.