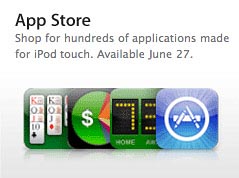 With the official launch of the Apple AppStore just around the corner, iPhone owners will be very happy to hear that the vast majority of applications offered through the AppStore will be 100% free. This is based on a survey of WWDC attendees wherein around 70% of the iPhone developers in attendance said that they would give away their blood, sweat, and tears for the price of zero dollars and zero cents.

More specifically, Piper Jaffray analyst Gene Munster said that 71% of the applications will be sold for free with an overall average price of iPhone Apps being sold through the AppStore coming in at $2.29. In this way, even if the application isn’t free, it’ll probably be pretty cheap. About half of the iPhone developers will be working on enterprise apps, so it’s not all just fun and games coming down the chute either.

The iPhone AppStore is set to launch on June 27, just a couple of weeks before the arrival of iPhone 3G.