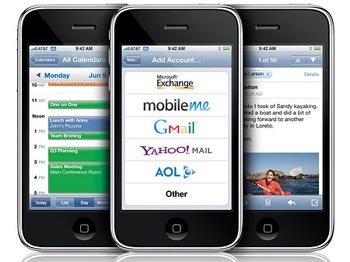 When Steve Jobs took to the stage at WWDC and proclaimed that the iPhone 3G would cost just $199, everyone thought that they were saving $200 in the process. After all, the current Apple iPhone retails for $399 (assuming that you can still find it in stores). $200 is $200, right? Well, it turns out that this new price point is actually more expensive than the previous offering.

You see, the old iPhone had a minimum monthly service subscription of $60. With that plan, you could get in some data, some minutes, and some text messages. With the pending launch of the second-generation Apple iPhone, AT&T and Cupertino are raising the minimum bar to $70. Over the course of a two-year contract, you’re looking at an extra $240 worth of monthly charges. If you add to that the $199 price of the iPhone 3G, you’re looking at a total cost that is $40 more than the outgoing version.

Further still, it is not possible to purchase the Apple iPhone 3G without latching onto a contract, so it’s not like you can unlock and hop over to a competing carrier either. Apple (and AT&T) smells monopoly, methinks.