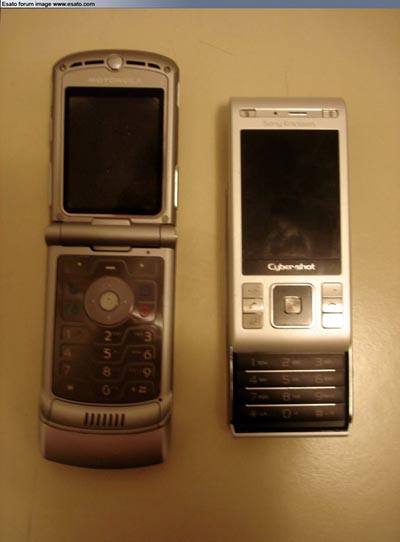 As much as camera phones have improved over the years, they’re still not quite up to snuff with their standalone digital camera counterparts. The Sony Ericsson C905 Cyber-shot camera phone, however, is getting us that much closer to photographic greatness. Boasting an integrated camera with an impressive 8.1 megapixel image sensor, this Cyber-shot phone looks like it’ll be able to take some awesome pics.

Yes, we all know that megapixel counts aren’t everything, but without a decent resolution, the camera part of a camera phone isn’t all that useful. Other notable specs on this auto-focus camera phone include HSPA (HSDPA + HSUPA), WiFi, GPS, Bluetooth 2.1, and the ability to take VGA videos at a full 30 frames per second. Sounds like quite the formidable handset if I do say so myself.

Looking good, Sony Ericsson. Throw in a QWERTY keyboard and some smartphone goodness and I just may be sold.