I had the chance to sit down with the head honcho of Dialogue Technology, the company behind the Flybook line of compact notebooks, and he had a couple of very interesting things to tell me. While there were only three models on display at Computex, Flybook is indeed working on three more additions to their increasingly popular line.

He was hesitant to divulge much in terms of details, but he did say that they were working on Flybook V6, V8, and V9. No explanation was given as to why they skipped the V7. He didn’t say anything about size, but he did say that at least one Flybook would be based on the Intel Montevina platform.

Another fascinating piece of information that he provided was that Dialogue was trying to work out a deal to get at least one of the Flybook laptops onto the shelves of Rogers Wireless stores in Canada. Given the pending launch of the 3G iPhone, they should be able to provide some more affordable HSDPA data plans for Flybook users too. 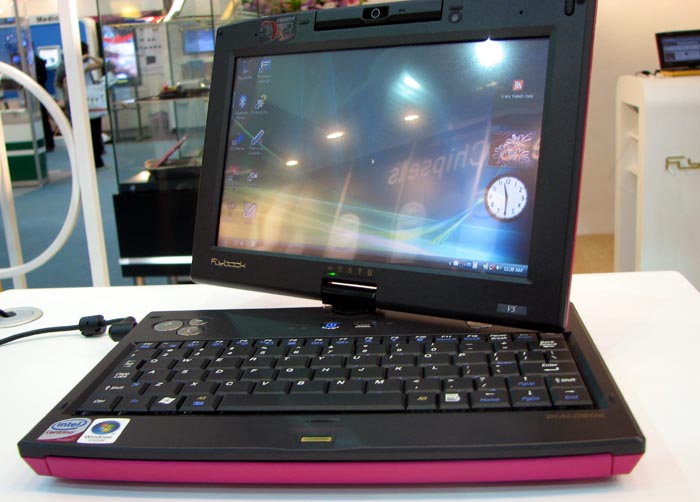