Just because the OCZ Spyder is one freaking small USB flash drive doesn’t mean that it comes up short on performance. Having a footprint that’s about the same size as a stick of Trident gum, the OCZ Spyder comes with a handy slider design that hides the USB connector when it’s not in use.

Considering that it has an absolutely minuscule stature, the OCZ Spyder actually comes with a surprising level of performance. Available in capacities as high as 16GB, this tiny drive boasts a read speed of up to 35MB per second. There’s no mention of write speeds, however.

It’s probably a good idea to keep the Spyder attached to a lanyard or your keychain, because you might have a really good job of losing this tiny thing. That would be bad. 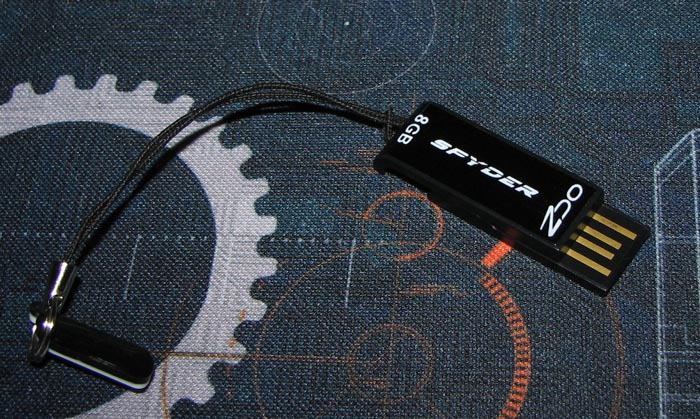