Over at the Asus booth at Computex 2008, they have just about every model of the Eee PC out on display, including the Atom-based Asus Eee PC 901. Possibly even more important than that, Jerry Shen was also very proud to unveil the 10-inch Asus Eee PC 1000.

I attended the official launch event, but it wasn’t until I paid them a visit at the booth that I got to have some real hands-on time with the larger Eee. As you can tell from the picture below, the ten-inch Eee PC 1000 is actually quite a bit bigger than the 8.9-inch Eee PC 900 (which is virtually identical in size to the 901). Our little subnotebook is growing up.

One of the keys to the potential success for the Asus Eee PC 1000 is the fact that the keyboard is now 92% the size of a full keyboard. A lot of people had trouble typing on the tiny keyboard on the 701, so the 1000 address that issue beautifully. The trouble is that by hitting ten inches, they’re not that far away from entering the “primary” laptop range occupied by 11.1- and 12.1-inch notebooks. Remember, the Eee is supposed to be a secondary laptop, after all. 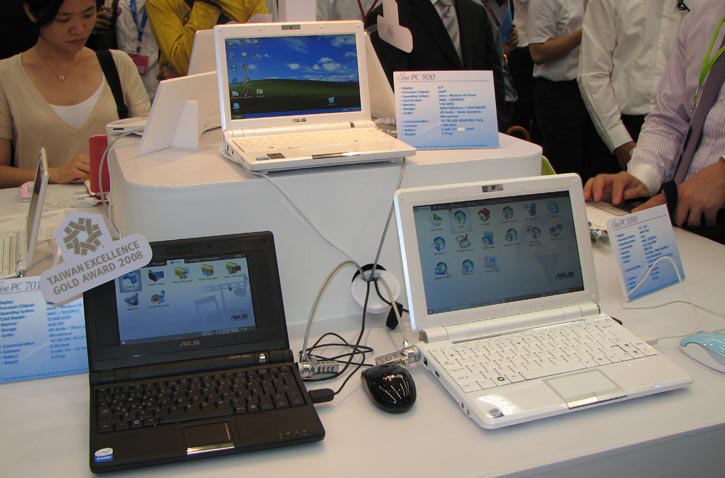