The Computex Taipei 2008 technology trade show officially opens its doors tomorrow morning, but I had the chance to see the people at Asus setting up their rather large booth the day before. As you’ve surely noticed, the Eee PC has totally exploded onto the scene, carving out a whole new niche that is quickly getting populated by competing subnotebooks. The Eee was a trailblazer and Asus knows it.

As such, Asus has decided to give the Eee PC its own booth at Computex 2008, separate from the rest of their notebook lineup. I didn’t see the other booth, but I’m sure that Asus has a booth set up to feature its larger laptops, smartphones, and other goodies. Roaming around the Asus Eee PC booth as it was still getting set up, I saw lots of the seven-inchers out there, but the hotly anticipated 10-inch Eee PC 1000 was nowhere in sight.

From what I hear, there is a major press conference being planned for tomorrow morning (I’m plan to attend) wherein Asus will officially reveal the ten-inch model of their subnotebook to the world. I hope they provide me with a new Eee to take home. Yeah, that’s probably wishful thinking. 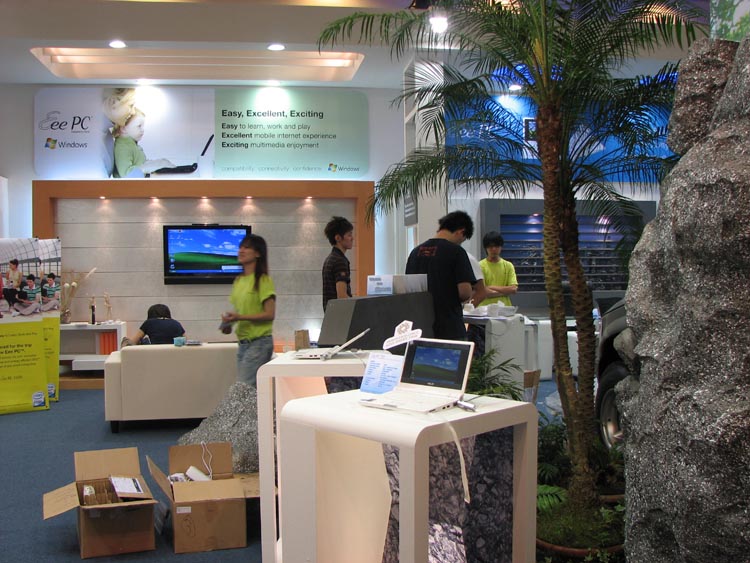