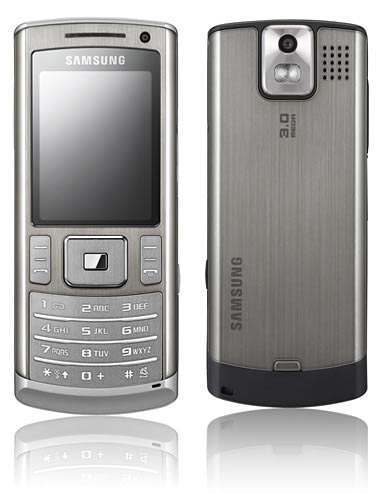 The Samsung Soul is the flagship handset for Samsung and now the Korean manufacturer is ready to expand on that segment of its lineup. Not everyone likes the slider form factor found on the original Samsung Soul, so they’ve decided to announce a bar phone called the Soulb. No, that’s not a typo.

The Soulb, or “Spirit Of ULtra Bar” (get it?), boasts the same metallic body as its slider counterpart. The brushed metal certainly gives this phone an air of elegance and exclusivity. Because it’s a bar phone, the Samsung Soulb is remarkably slim with just a 9.9mm profile too.