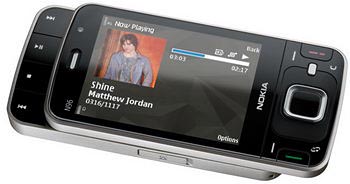 Announced at the 2008 Mobile World Congress (formally known as 3GSM) earlier this year, the Nokia N96 is supposed to be one crazy smartphone. As it turns out, this handset has a price tag to match.

The Nokia N96 is currently available for pre-order from Play.com and they have the Symbian smartphone listed at 599.99 GBP. That works out roughly to $1,200. For the same amount of money, you can buy two N95 smartphones instead. I guess that’s the price you pay to stay on top of technology.

Among the features found on this flagship Nseries are a 5 megapixel camera, quad-band GSM, WCDMA, WiFi, GPS, and DVB-H mobile television. There are less expensive phones with similar features, I’m sure, but there is definitely something alluring about the N96. Play.com says the phone should ship by July 31st.