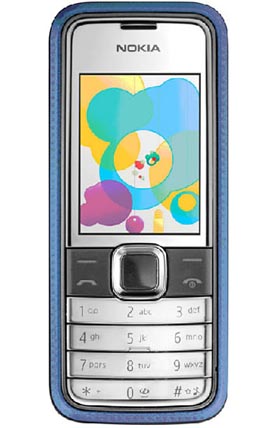 While it is clear that Nokia is perfectly capable of pumping out some of the most powerful smartphones and multimedia phones on the planet, the Finnish phonemaker can also take care of the lower end of the market as well. Although the Nokia 7310 Classic looks like it’s going to be a budget phone with entry-level aspirations, looks can be pretty deceiving.

The Nokia 7310 Classic is powered by S40 and comes with a 2.2-inch QVGA screen featuring 16 million colors. Taking pictures with the 3.2 megapixel camera certainly takes you out of budget territory, as do the built-in FM radio, music player, stereo Bluetooth, and 3.5mm headphone jack. Rounding out the specs are expandable memory and USB connectivity.

This is a pretty official-looking press photo of the Nokia 7310 Classic, so while no pricing or availability information has been released, we should expect the launch some time soon.