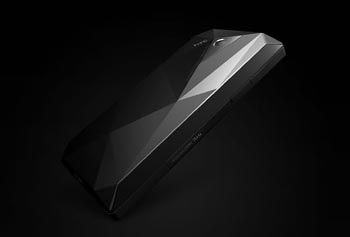 You see, with a name like Diamond, you would think that this phone would be scratch-proof and relatively immune to getting all beat up by a mere group of bloggers. The rep starts out with banging the HTC Touch Diamond against a door handle, but the spectators aren’t quite satisfied with this fairly mild form of abuse.

Check out the video below to see how far they go. I don’t think they went far enough.