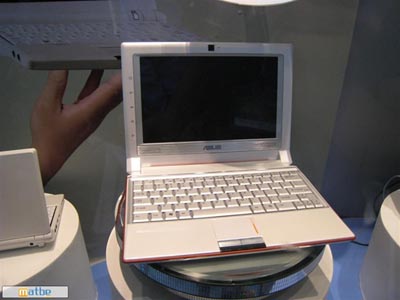 Computex is set to kick off early next week in Taiwan and Asus has started to send out some invitations to their partners in the industry. One of these invites happened to contain a very juicy tidbit. In the letter received by UMPC Fever, Asus Chairman Jonny Shih makes specific mention of a new model of the Asus Eee PC subnotebook.

More specifically, the letter say that they would like to “specially extend an invitation to you to attend the official global launch of the new Eee PC 901 and 1000 series.” We know that the 901 series will be comprised of the 8.9-inch versions of the Eee PC, but this is the first time that Asus has explicitly mentioned the 1000 series by name. It only makes sense that the Asus Eee PC 1000 is the ten-incher.

I plan on being in Taipei for the international trade show, so I’ll see if I can have a quick chat with the Asus folks for more details.