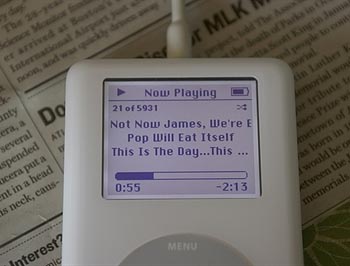 While there are a good number of people who get their music legally through services like iTunes and Rhapsody, there are also a lot of people who decide to take the route of Limewire, Bit Torrent, and other services for not-so-legal music downloads. Piracy is rampant — that much is clear — and now it seems that the Canadian government is teaming up with other governments and industry groups to better battle the “stolen” music phenomenon.

The Canadian government is working with organizations like the RIAA to draft something that they call the Anti-Counterfeiting Trade Agreement. Under this agreement, border guards would have the right to sift through your laptop, cell phone, iPod, and anywhere else where you may be storing your digital downloads. The customs officials, if they found something shady, would then be able to seize your iPod and levy a fine upon entry to the country.

This sounds incredibly harsh, because it becomes a severe invasion of privacy. If they can sift through your laptop for pirated music, what’s stopping them from looking at your other (ahem) files too?