Samsung seems to take advantage of a partnership with Schneider-Kreuznach. There is no shortage of Cyber-shot branding when it comes to Sony Ericsson cell phones. Even Motorola is collaborating with Kodak to produce their camera phones. It seems that Canon is tired of everyone else getting a piece of the camera phone pie, so it has lent its expertise for this particular camera phone.

No, it’s not a Nokia or an HTC. In fact, there’s a good chance that you’ve never even heard of this company, but it could prove to the first in a long line of camera phones that feature Canon-sourced technology. The K-Touch C280 is on display at CHITEC 2008 in China and it uses a Canon DIGIC II imaging processor. It’s not quite a Canon camera phone, but it’s getting there.

Among the photocentric features on the K-Touch C280 camera phone are ISO 1600, 3x optical zoom, and an 8-megapixel image sensor. The dual five-way navigation keys are also a unique touch. 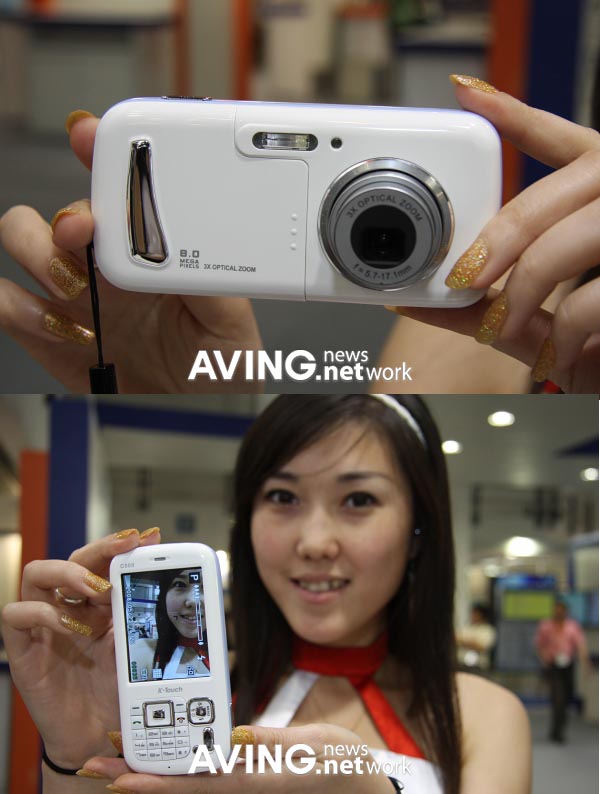