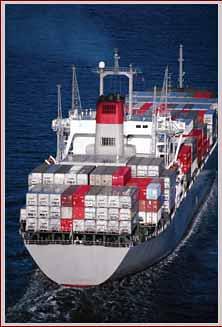 This report should be taken with a serious bucket of salt, but there are rumors that Apple is already starting to ship large quantities of the 3G iPhone to the United States. Several large container ships have been spotted docking in the USA, and all of the containers found on these ships read “Electric Computers”.

Obviously, Apple wouldn’t go about labeling all the containers with something like “The Second Coming of the Jesus Phone”, so they had to keep things under wraps. At last count, the shipment numbered somewhere in the neighborhood of 188 containers, of which 121 made it to the United States. These could contain the 3G iPhone and if they do, that would mean that there are about 40,000 iPhones in there.

Are Steve Jobs and Cupertino preparing for WWDC? Is the 3G iPhone launch absolutely imminent?