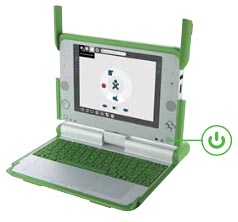 Might I be able to borrow a cup of sugar? It seems that some other manufacturers of ultra low-cost laptops aren’t so interested in just a cup, because they may be interested in getting the full Sugar OS that is found within the OLPC XO laptop.

This is a rather interesting twist of fate, considering that not all that many people were terribly excited about the Sugar OS. In fact, we’ve already heard that Negroponte is considering an XP-powered version of the OLPC at some point in the near future. Even so, Sugar Labs is shopping its Sugar OS around to at least four other companies.

The Sugar OS, naturally, would be used on cheap laptops catering to children. Maybe they’ll make a Sugar-powered Leapfrog or something.