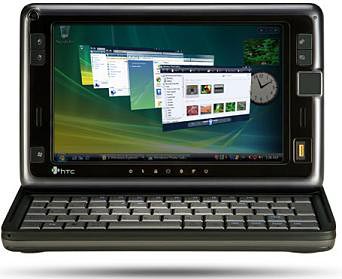 Is it just me or has Rogers Wireless suddenly gone decidedly high-end with its cell phone offerings? Going even further upscale, Rogers Wireless has announced that it will be carrying the ultrapowerful and ultraportable HTC Shift UMPC. It’s not exactly a cell phone, but it does have a cellular connection on board for voice calls and data purposes.

Also known as the HTC X9501, the HTC Shift should be available now through Rogers Wireless. We heard earlier that Rogers would be selling this device for $1499, but it turns out that the initial launch price will be $1599.99. You have to sign up for a three-year contract on a minimum $50 Flex Rate Data Plan to buy the Shift at that price. Wow, that’s still really expensive! Full retail is $2,099.00.