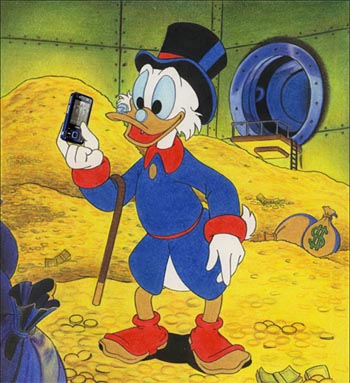 In what appears to be one seriously ugly cash grab, it turns out that Nokia is not going to allow customers to transfer their purchased N-Gage games from one compatible device to another. Instead, if you decide to upgrade one of your Nokia smartphones to another smartphone, you’ll have to buy Metal Gear Solid Mobile all over again. That’s assuming that you still want to play it.

Originally, Nokia N-Gage reps at the Go Play event last year said that games purchased for the new N-Gage platform would be linked to a customer profile. In this way, if you made a purchase through your account, you would be able to send that game to another one of your phones. This is similar to what you would do with Virtual Console games on a Nintendo Wii if you happened to replace your existing gaming machine. Unfortunately, it seems that Nokia has reneged on this configuration.

Instead, each game purchase is locked a device’s IMEI. Even if it’s the same customer buying yet another Nokia handset, they are pretty much out of luck when it comes to trying to transfer the game library over to a new device. It’s like buying an Xbox game only to have it work exclusively on a single console.