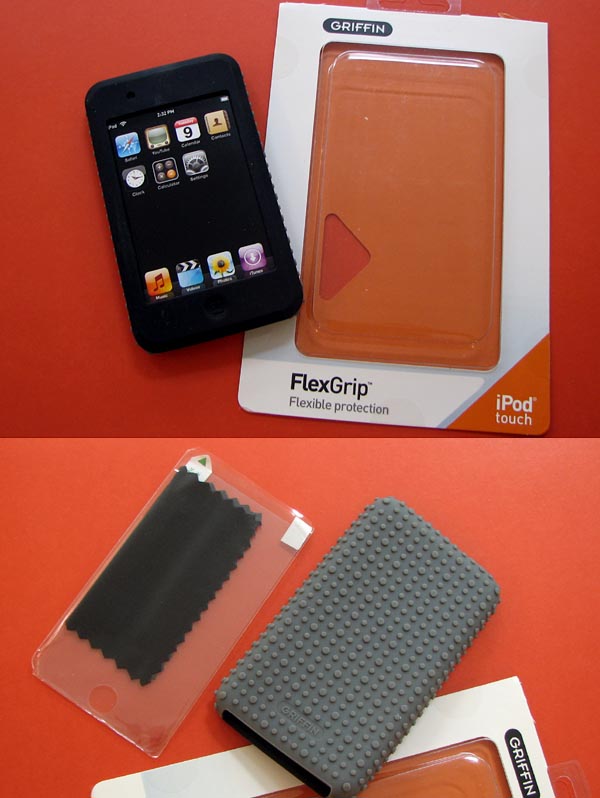 Although Canadians can’t officially get their hands on an Apple iPhone just yet, they can waltz into just about any electronics retailer to the sans cellular version known as the iPod touch. To keep everything protected, Griffin recently revealed the new FlexGrip protective case for the iPod touch and it turns out that the silicon skin comes with a couple of added bonuses.

Opening up the retail package, you find a standard silicon case. While the front side is all black, the back side is a medium gray and it is studded with a series of short rubber bumps. I guess these explain the “grip” part of the FlexGrip name. I personally would have preferred if the case was all black and it didn’t have those bumps on the back, but that’s just my opinion.

Inside the case, however, I also discovered that the Griffin FlexGrip case for the iPod touch (which also fits the iPhone) comes with a static peel screen protector and a premium cleaning cloth. Retail price on the FlexGrip textured silicon case is $14.99.