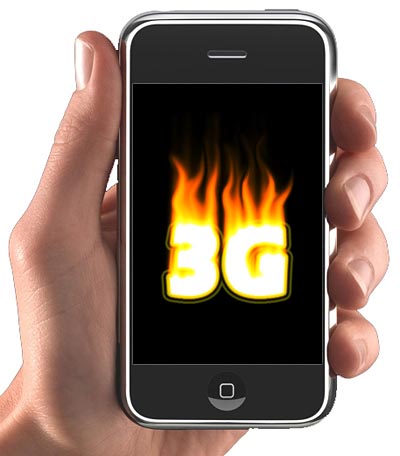 This is totally in line with what everyone has already been saying already, so there must be a certain level of legitimacy to this recent confirmation about the upcoming launch date for the 3G iPhone. According to “sources close to the 3G iPhone launch”, the upgraded Cupertino cell phone will be announced on the first day of WWDC by the Jobinator himself. That’s June 9th, for anyone keeping score at home.

This date makes perfect sense, but we’re still left wondering when the mass public will be able to walk into an Apple store and nab once of these high-speed wonders. These same sources are saying that the US will have access to the 3G iPhone a week or two before most other regions, but the scheduling for the rest of the world (like Canada?) should be pretty close to the American launch. Based on the separation between announcement and launch of the first iPhone, I wouldn’t hold my breath for a June launch of the 3G iPhone. It could totally happen though.

Also, remember how the first iPhone could not be subsidized by AT&T? That shackle may be removed for the second coming, meaning that you might be able to score a cheaper iPhone with contract.