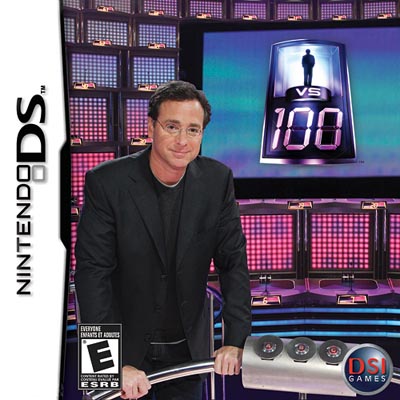 Television’s Danny Tanner is gracing the latest video game cover for a Nintendo DS title. Although the video cover is lacking in the Uncle Jesse and Joey department, it is still a crowning achievement for the Full House fans across the globe. Too bad the game itself isn’t all that interesting and it does not involve trying to wake up San Francisco.

Bob Saget is on the cover of 1 vs. 100, a DS game based on the television game show of the same name. The idea is that it pits a single player against a mob of 100, answering a series of increasingly challenging trivia questions. The material can cover everything from ancient history to the lives of Hollywood celebrities. It’s all fair game and it’s all hosted by Bog Saget.

If you’ve been itching to get your hands on some Bob Saget game show action, check out your local video game kiosk next month when 1 vs. 100 for the Nintendo DS officially launches. Enjoy.