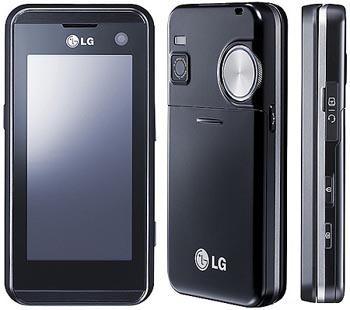 The LG Prada and the LG Vu are already pretty attractive phones, but the lack of a physical keypad may be a bit of a turnoff for some consumers. The recently revealed KF700 slider from LG is designed to capture this missing part of the market.

At first glance, the KG700 is remarkably similar to the Vu and Prada in that it features a slim profile and a large 3-inch touchscreen display, but delve a little deeper and you’ll discover than a standard numeric keypad can slide out the bottom. This might make dialing and text messaging a little easier for you. Other specs include a 3.15-megapixel camera, microSD expansion, 7.2Mbps HSDPA, Bluetooth, and USB 2.0.

For an ultra-sleek appearance, the front face of the LG KF700 is completely lacking in physical buttons. Touchscreens are the wave of the future, I guess. No word on pricing.