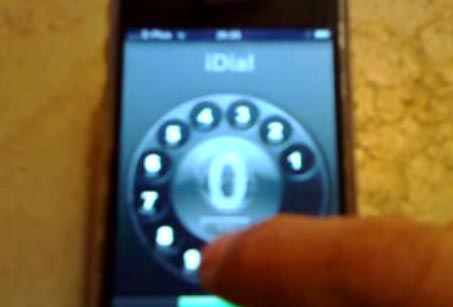 The Apple iPhone is supposed to come with all sorts of cutting-edge technology, but that doesn’t mean that you can’t decide to kick it old school from time to time. We’ve seen all sorts of different homebrew applications for the Cupertino wonder, but this is probably the one with the most retro appeal.

Appropriately called iDial, this application replaces the standard virtual numeric keypad with a rotary dial for making phone calls. It’s not just that the numbers have been arranged in a circle. Think about the ancient phone at grandma’s house and you’ll know how to use iDial. You actually take your finger and scroll it around to dial. The kicker is that this app is even accompanied by sound effects.

Yes, I know that it’s not useful at all, but imagine the looks that you’ll get from your friends when you start spinning your finger around.