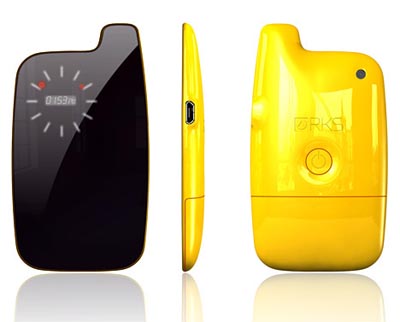 Who needs a full color display or an obvious numeric keypad? All you need is a flush surface and a funky analog clock for your cell phone, according to this Mimique concept by RKS Design. Some may say that it fits somewhere between the Treo and the iPhone, but I personally think that the Mimique cell phone bears more of a resemblance to the Creative Zen Stone.

RKS Design says that this minimalist mobile phone will be rocking the open source Android OS platform by Google, so its level of functionality and features will largely be determined by the open source development community. I’d imagine that the face of the phone comes with touch-sensitive controls that adapt to the situation, but you probably shouldn’t expect too much to floor you. The hidden OLED-ness is pretty neat though.

Naturally, because the Mimique is little more than a concept at this point, there’s no saying when and if it will ever make it to market.