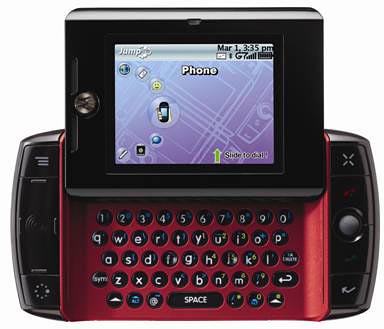 Look at that rosy complexion. It’s almost like she’s beckoning for me. Now that the T-Mobile Sidekick Slide is available in Scarlet, I can totally see sales of the sliding QWERTY device going through the roof! Obviously, it’s the lack of a red edition that has been holding this device back, right?

As you can imagine, the Sidekick Slide Scarlet — which is now available through T-Mobile — has much the same features as its non-Scarlet counterparts. This means that you still get myFaves support, a QVGA display, microSD expansion, 1.3 megapixel camera, and the full suite of instant messaging for all the kids that want to stay connected with their peers. Remember that it ain’t red; it’s scarlet.

The Sidekick Slide Scarlet can be scooped up for $199 with a two-year contract. Act now while it’s still hot.