I always thought that the whole point of a notebook computer was that you were able to set up shop anywhere in a matter of minutes. The form factor on the newly revealed Sony VAIO VGC-LJ25L seems to challenge that assumption. Although I think that you can fold this thing up for some level of portability, it’s far from taking on the standard configuration of a laptop.

The full keyboard appears to only be half the width of a regular keyboard, so even if you were able to fold it up, it would only be able to cover half of the screen. What’s the point of leaving the other half the screen exposed to the tortures of Mother Nature? According to Sony, the design is so that you can “use the laptop efficiently even in narrow spaces.” It may be a little hard to balance on your lap though.

The Sony VAIO VGC-LJ25L laptop features a 15.4-inch wide LCD screen and retails for about $1,500. Expect it to be a Japan-only release. 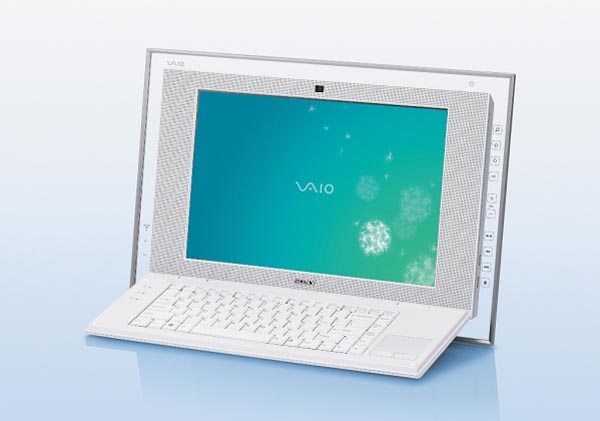