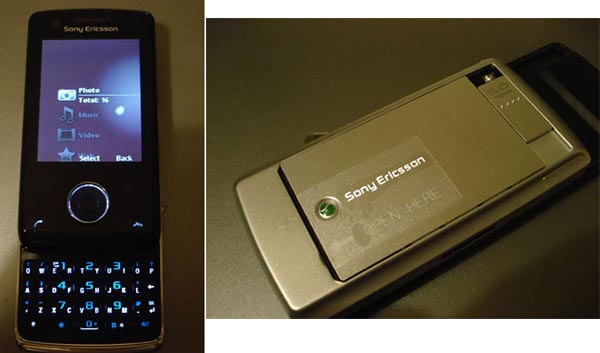 It hasn’t officially been announced yet and while it’s not attracting the same level of fervor as the 3G iPhone, there’s no denying that this upcoming handset is catching our attention every time it makes an appearance. What we have here is yet another look at the upcoming Sony Ericsson Paris slider phone, this time with a better look at the back and the backlit keypad.

The SureType-style keyboard lights up a brilliant blue and white. The numbers are significantly larger than the letters, making regular voice calls very easy to dial. At the same time, the letters are big enough that you shouldn’t have any trouble with text messaging and mobile email either. I’m totally digging the turquoise color scheme myself. Very nice. I like.

The back of the Sony Ericsson Paris isn’t nearly as exciting to look at, but that 5.0 megapixel camera certainly seems appealing. Other features include aGPS, Google Maps, WiFi, Bluetooth, Widgets, and a newer UIQ version.