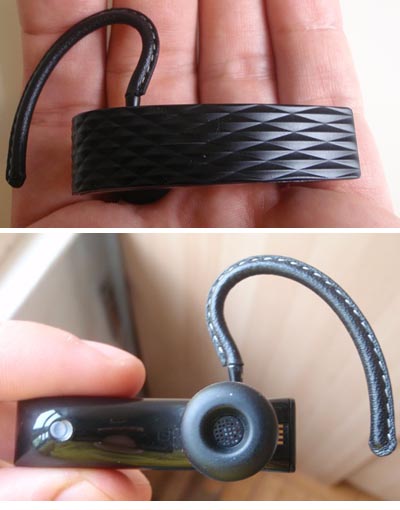 By far the best Bluetooth headset that I have ever used in terms of both comfort and call quality was the Jawbone. Aliph has now improved on the headset with the second-generation release and it seems like it’s better in just about every conceivable way.

One of the primary complaints that people had about the first Jawbone Bluetooth headset was that it was a little on the bulky side. For its successor, Aliph shaved off some serious girth and produced a headset that is about half the size of the original. The backside still has that textured appearance, but it doesn’t have that secondary section near the earpiece anymore.

Other improvements include a drop in weight, a slimmed down clip, and better outgoing sound. Aliph also got rid of the “Noise Shield” in favor something called “Noise Assassin” technology. Outside noise is kept to a minimum and the speaker’s voice remains nice and clear. Standby time has been doubled to over eight days.

The second-gen Aliph Jawbone Bluetooth headset is available today in black for $130. Coming soon will be versions in silver and gold as well.