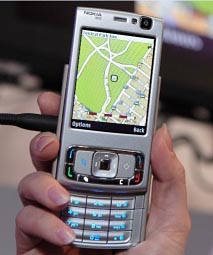 Aside from regular stuff like sending text messages and making calls, it seems that the most highly sought after feature on a mobile phone is GPS navigation. This is according to a recent survey of Taiwanese consumers conducted by Canalysis. It may not be necessarily indicative of the rest of the world, but it does show that people want to know where they are going.

Of those surveyed, 80% were aware of what satellite navigation could do. Furthermore, 60% said that they have used the web to search for directions, printing them out before heading out on a trip. Wouldn’t it much more handy if you could get real-time navigation from a GPS-enabled cell phone? I guess that’s why they really want maps and navigation on their mobile phones.

GPS navigation on a cell phone came out to be more sought after than mobile TV or mobile music. Should AT&T put less emphasis on the recent mobile TV launch and more emphasis on pointing us in the right direction? What about the ability to geotag pictures taken from camera phones?