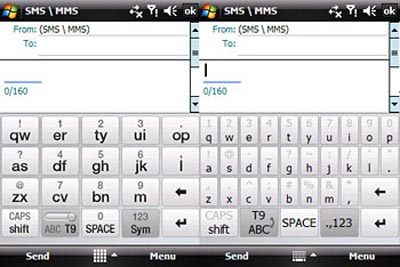 We like the physical appearance of the HTC Touch Diamond. We like what they’ve done with the whole TouchFLO user interface too. Many people also like the implementation of the virtual keyboard in the HTC Touch Diamond and now they’ve managed to extract that keyboard, embedding it into “less jewel-like Windows Mobile devices.” This comes courtesy of the crazy kooks at XDA Developers.

The soft keyboard from the HTC Diamond offers multiple text entry possibilities, including a virtual SureType keyboard and a virtual QWERTY keyboard, the latter of which is somewhat reminiscent of the Apple iPhone. Both of these are significant improvements over the virtual keyboards found on other Windows Mobile smartphones.

Read up more on the mod on the XDA-Devs forums, which is also where you will find the extracted file. Proceed at your own risk, because it may or may not work with your hardware.