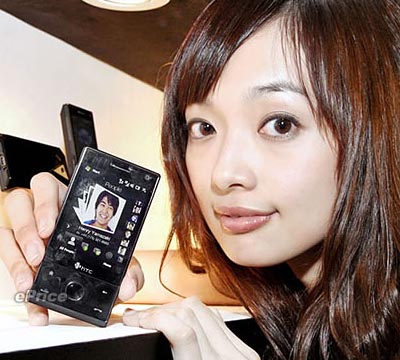 The HTC Touch Diamond is one fantastic-looking smartphone and the new TouchFLO user interface masks the ugliness of Windows Mobile incredibly well. The software still seems a little buggy and a little laggy, but I hope that HTC irons out those kinks before the touchscreen smartphone arrives at retail outlets. Wait… when is it arriving?

According a recent press conference that HTC held in Taiwan, they expect to start selling the Touch Diamond to the public some time in late June, shortly following the Computex trade show in Taipei earlier that month. They didn’t say for sure, but it sounded like the initial availability may be limited to Taiwan, but HTC will likely start shipping the smartphone to other regions shortly afterward.

In terms of price, the HTC Touch Diamond is definitely at the higher end of the market. The unsubsidized price — the one without “mobile subscription contract” — has been set at about $772. HTC staff note that the price may vary from region to region.