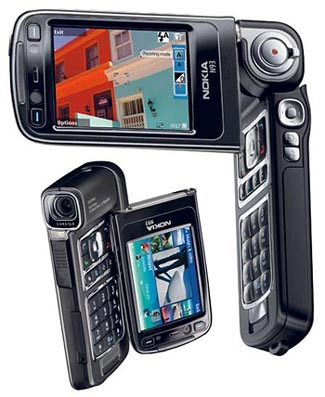 As you may know, the N-series of Nokia smartphones is clearly slanted toward the multimedia end of things. They take on a variety of form factors, including the standard clamshell, candybar and slider. The one form factor that’s a little different, however, is the dual hinge found on the Nokia N90, N92, N93, and N93i. And Nokia seems to be giving up on that configuration for now.

Although they were certainly bulkier than many of their compatriots, this range of double-flipping cell phones boasting some of the best video recording found on mobile phones. The video watching in landscape mode was pretty nifty too. Fans of the form factor have been anxiously awaiting an update to the Nokia N93i for some time now, especially since the other N-series phones are getting all sorts of updates. These fans, unfortunately, could be waiting a long while.

According to sources close to Nokia, the Finnish phonemaker will not be providing an update to the “flip and swivel” style for more than two years. This places the successor some time after 2010.