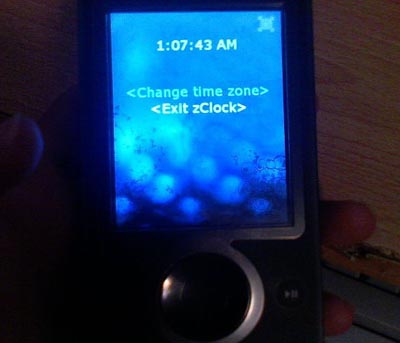 You may have heard about the release of XNA Game Studio as part of the Microsoft Zune’s 2.5 update, but the first “game” to make its way onto the handheld is not a port of Doom or a funky version of Tetris. It’s a clock. And Flava Flav couldn’t be happier… well, he could be, if it was a giant analog clock that dangled over the midsection of the Zune, but I guess this is close enough.

Dubbed zClock, the application does exactly what you think it does. You can check out the app on Zunerama.com. Now you have no excuse for being late again.