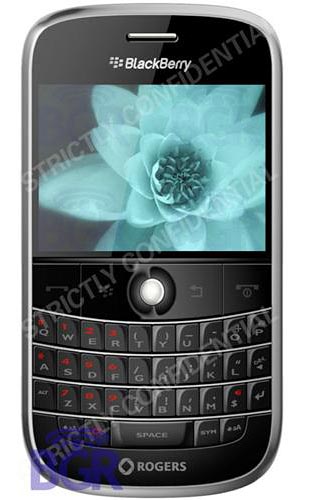 Yes, we’ve already seen a wide assortment of spy pictures. There are even units floating around on eBay that have since been featured in a series of hands-on videos and pre-emptive reviews. Even so, the BlackBerry 9000 has not yet been officially announced by Research in Motion, so word is that they’ll change that this Monday at WES 2008.

An official launch is reportedly being planned for May 12th, right in the middle of this year’s WES 2008. For those who don’t know, WES (Wireless Enterprise Symposium) is a major gathering of CrackBerry users, so it could provide an appropriate stage for an announcement of this nature. The insider tipster says that this is “100% confirmed”, but we all know how reliable anonymous tipsters are these days.

It’s hard to get excited about the official announcement after so much information has already been leaked, but it’s good that RIM is finally catching up with the rest of us. Or is it the other way around?