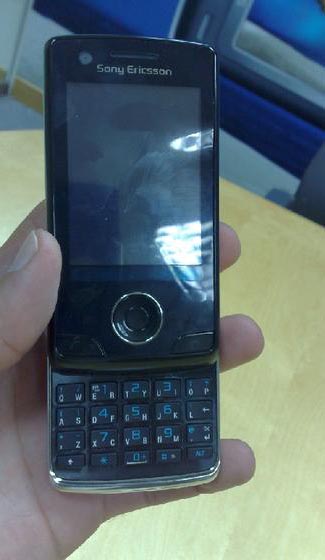 The guys at Sony Ericsson have yet to formally acknowledge the existence of the Sony Ericsson Paris, but that hasn’t stopped the never-ending deluge of spy pics and leaked information. Details are still pretty scarce at this point, but a good number of pictures have found their way onto the Internet.

In the image shown here, we can quite plainly see that the Paris comes with a very large display, but we can’t say for sure whether it is a touchscreen and whether it boasts a VGA resolution. Beneath the display is what appears to be a five way navigator and a couple of soft keys, though they may be some hidden touch sensitive controls on the face as well. The Sony Ericsson Paris is a slider, but it’s not numeric. Instead, it comes with a SureType-like keyboard.

The other tidbit of information is that the Sony Ericsson Paris could come with a 5 megapixel camera too. It’s a good time to be a cell phone shopper.