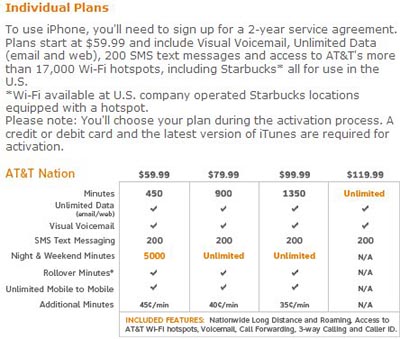 There were early reports that AT&T would start to offer free Wi-Fi internet access to iPhone users at all the Starbucks locations across the country. Some people found the splash page and enjoyed the freedoms of free web surfing. Then, the service just up and disappeared. Well, it seems that those early users were little more than guinea pigs.

Checking the AT&T website, you will now discover that the iPhone plan page makes mention of “access to AT&T’s more than 17,000 Wi-Fi hotspots, including Starbucks all for use in the U.S.” This sounds like they’re going to officially start dishing out the free Wi-Fi goodness again. My only hesitation is that it doesn’t say “free access”; it just says “access”.

In any case, this is more or less official from AT&T that iPhone users can start surfing on their touchscreen cell phones while sipping lattes again. There are also AT&T hotspots at places like Barns & Noble, if coffee isn’t your thing.